Consumers and Farmers: A Conversation Worth Having 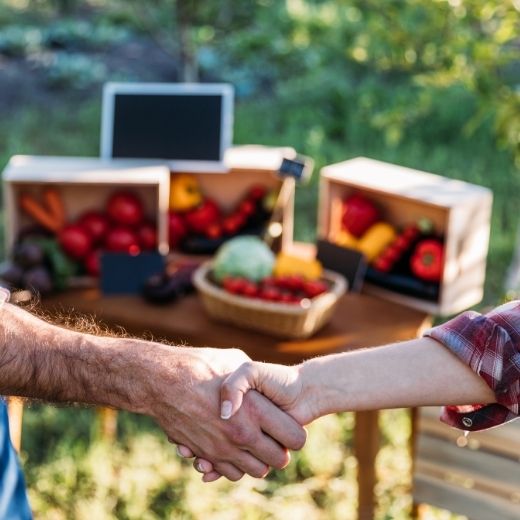 The social contract has become a popular term in the ag media. The idea is that consumers tell farmers what they want to eat and how it should be produced. Farmers, in turn, explain their production methods and why they use them, as well as other efficiencies and environmental efforts.

With the noticeable increase of consumer interest in food production, this is a good time to have this conversation. What’s in the farmers’ favour is that for the past decade, they have been one of the most trusted groups in our society. I think consumer engagement is important for food producers to take on, but I’m not suggesting that it will be all good news for farmers.

What we will need to find out is the type of farmer that people trust. Society has never been charmed by what they call factory farms – a term created by activist groups that has no place in farm vernacular. The reality is that the majority of food in Canada comes from larger farms, and the food they produce is safe and healthy. Most of these farmers are equally concerned about environmental improvements and animal care. This is an important thing for farmers to help consumers understand.

When having a discussion with consumers to understand their priorities, we should keep Europe in mind, where many of the advances made in agriculture are frowned upon, including hen housing, GMOs, and glyphosate, for example. Do North American consumers think differently? Modern agriculture is highly technological, and there is still opportunity for farmers to explain why we use the technology we do.

A 2017 report from the UBC Dairy Education and Research Centre shows that for many consumers, their top concern is animal welfare. The study suggested that they don’t necessarily perceive modern farming practices as natural. Farmers surely want the best for their animals, but they also need them to produce to their full potential. This is where the conversation between consumers and farmers may get touchy. But the conversation is a necessity. A survey released by the Canadian Centre for Food Integrity last fall showed that 39 per cent of Canadians are concerned about the humane treatment of farm animals (closely followed by 37 per cent for on-farm environmental sustainability), so it’s an issue from coast to coast.

Many of the farming techniques we use today are necessitated by consumer expectations for cheap food. Consumers need to understand that if they continue to want cheap food at the grocery stores, they will have to allow for some of the efficiencies on the farm. There will need to be compromise. Perhaps an improved social contract with consumers will be the opportunity to increase the average cost of food and provide some more profits to the farmer.

Making up around 1.5 per cent of Canada’s population, farmers’ votes have little impact on the results of elections; however, with a strong contract with consumers, our clout may improve. Alliances with consumers may be the best thing coming for agriculture.