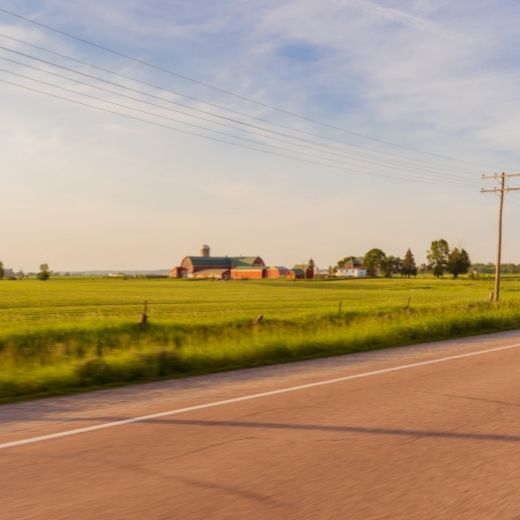 I’ve made this statement many times over the past years at various CFFO events. Last week, I stated it again at the picnic of our Northeastern Ontario District. I’m still am convinced of this, but in this area, there are indications that profitability is declining.

The provincial and federal government are hard at work promoting development across the province, partly to get the economy going again after 18 months of slow economic growth. Infrastructure, new residential buildings and manufacturing are all being encouraged. Much of this development occurs on prime agricultural land. CFFO continues to encourage the government to keep prime food-producing land for that purpose, even to set it aside for that use only.

The area is well suited for this industry, but there is so much more involved to change an area to be more productive or more populated. Communities are deeply affected by these types of ventures. They must be done in consideration of those currently living in the region.

Traveling through parts of Northeastern Ontario, there is a noticeably significant amount of fallow land. One farmer commented that, in his area, there is more land going out of agriculture than into farming. He felt that even the addition of 1000 new homes wouldn’t hurt agriculture.

It has been noted that many middle-income jobs have left the north. A significant number of residents travel to Fort McMurray out west for work, for several weeks at a time, returning for a period and then commuting out west again.

There is a lot of attention given to the Greater Golden Horseshoe, including recent government postings on transportation networks in the area. CFFO’s response suggested former rail infrastructure could be revived to improve transit and reduce congestion. Strikingly, I heard the same suggestion from people living in Northern Ontario, who wonder why rail lines in their region have been removed.

A vision for the future of a more developed north might include a high-speed train from Timmins to North Bay to Toronto (the TNT line). This would move people from the north to the south in good time and that may help develop the north. Getting supplies there faster will encourage people to live there knowing supplies are readily at hand.

Yes, we need growth in our economy, but this is a large province that should be utilized, rather than concentrated in one area. With all the natural resources across the province, there could be a number of hub cities that connect regions to each other. In the end, Ontarians are more than willing to purchase Ontario products, but we need to support this with a willingness to keep our good soils in food production.