US-Canada Trade under the Biden Presidency 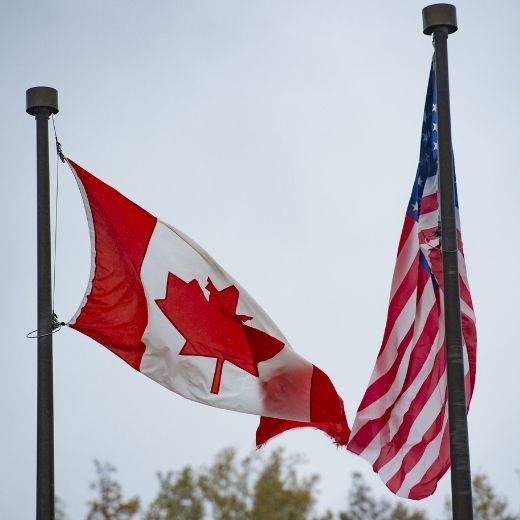 With the Biden administration settling into office, it’s a new era south of the border, and generally people here in Canada are heaving a huge sigh of relief.

The politics of division and disruption brought on by President Trump saw economic upheaval in many quarters – including in our agricultural sector.

The US is our largest trading partner, receiving $24.7 billion in agri-food exports in 2019. Of course, trade goes both ways: $25.6 billion worth of agri-food products came north, according to Agriculture and Agri-Food Canada.

It’s a big deal, especially for a country like Canada, which is so dependent on international trade. So in 2018, when the US engaged in a trade war with the Chinese, Canadian grain growers lost out while American farmers benefited from tens of billions of dollars in bailout money. Our dairy industry took a hit when President Trump disparaged it in public. And concessions were made to the supply management system to reach the new Canada-United States-Mexico Agreement (CUSMA).

The influence of the Trump years on trade went global. The World Trade Organization (WTO), which rules on the fairness of trade actions between countries, was crippled when Washington began blocking appointments to its appellate body.

While it looks like the new Biden administration is more stable – and far more open to multilateral trade – the president is still committed to a “Made in All of America” agenda. He’s even signed an executive order, which among many things, affects $600 billion in goods that are procured by US federal agencies.

Biden’s agriculture secretary, Tom Vilsack, has also mused about bringing back mandatory country of origin labelling (also known as COOL). In 2011, this US policy triggered a WTO dispute by Canada and Mexico against the US that dragged out for six years, affecting especially our pork and beef exports. In the end, it was repealed, but only after Canada and Mexico threatened to slap WTO-approved tariffs on American goods.

Vilsack most recently said that he would only revive the COOL policy if it didn’t trigger sanctions from the WTO, but the current administration is not averse to protectionist policies.

For now, it’s early days. The US and Canada are still trying to wrestle the COVID-19 pandemic to the ground while dealing with its economic fallout. At the same time, the Biden administration is returning attention to climate change. American policies will have impacts in Canada, including for agriculture.

As we move into 2021, our hope is that policy makers will find ways for our two countries to work together in mutual respect for the good of our people, our economies and our environment.