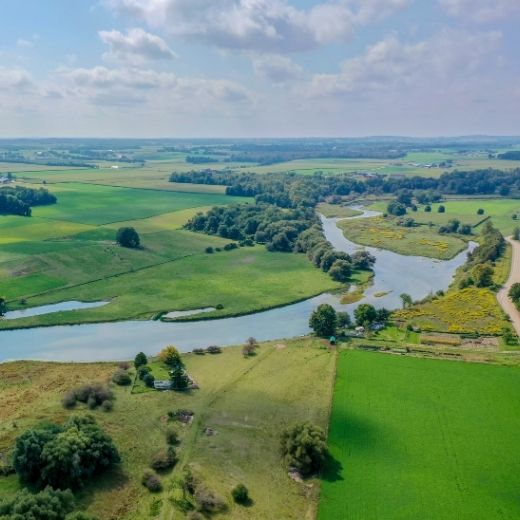 Born and raised in the City of Stratford, I was immediately intrigued when a letter came across my desk this summer written by Jamie Gibb, a farmer living in the Township of Perth South, just outside Stratford. Though I didn’t know Jamie, I’d met many Gibbs at Sunday school and high school over the years, so I got in touch.

We discussed his letter, addressed to Steve Clark, Minister of Municipal Affairs and Housing. It set out his concern about the annexation of 175 acres of prime agricultural land near his farm and his deep frustration with the granting of a Minister’s Zoning Order to enable the construction of a glass factory on the site without any public notice or consultation. In his words: “There were no Planning Act applications, no notices relating to a potential change in zoning, no reports and no public meetings or information sessions relating to the glass plant.” To make matters worse, key reports and analysis relating to the intended land use were never released to the public by city officials.

The situation experienced by Jamie is one that is becoming all too familiar to me through my work at Ontario Nature, a charitable organization where I oversee conservation and education programming. Minister Clark has been issuing Minister’s Zoning Orders – or MZOs – with increasing frequency, effectively eliminating public participation in land use planning decisions that affect farmland, drinking water and greenspace in our communities.

Suzanne Armstrong, Director of Policy and Research at the Christian Farmers Federation of Ontario, and I have been sharing information on this issue. Along with several other farm and environmental organizations, we opposed a recent MZO request in Durham Region. In that case, the City of Pickering had asked Minister Clark to issue an MZO to expedite a housing development for 60,000 residents on 4,000 acres of prime (Class 1) farmland and natural areas. Potential impacts included not only the direct loss of land available for food production and wildlife, but also:

Fortunately, Minister Clark decided not to issue the requested MZO, as confirmed in a letter to Armstrong on October 28, 2020. Nevertheless, in that letter he acknowledged that he had granted several other MZOs on the following basis: “These MZOs will clear the way for the jobs, housing and infrastructure our economy will need on our road to economic recovery from the impacts of the COVID-19 outbreak.”

Let’s take a closer look at this justification, a now common refrain from the Ontario government.

First, we should ask whether planning rules protecting farmland, drinking water and natural areas should indeed be cleared away. How does society benefit from these protections, and who exactly benefits from their removal?

Remember, Ontario’s farmland is the base of the agri-food sector which employs more than 820,000 Ontarians and annually contributes over $39 billion to the province’s GDP. Further, according to a 2009 study commissioned by the Ontario government, our forests, waterways, wetlands and agricultural lands also provide ecosystem benefits (e.g., flood control, water filtration, soil retention, pollination services, recreational opportunities) valued at over $84 billion per year in southern Ontario alone.

MZOs are issued without public notice or consultation. The decisions are made behind closed doors, so there is no opportunity for community members to weigh the pros and cons of development or consider diverse interests. Is public participation itself to be cleared away as red tape? What about public accountability?

It should be noted that MZOs cannot be appealed. Jamie, for one, is out of luck; the fate of another 175 acres of Ontario’s prime farmland has been sealed unless the Minister should change his mind and revoke the MZO.

Next, we should ask where the government should be greenlighting development through MZOs. In the Stratford case, the choice was made to site the glass factory on prime agricultural land. No staff reports or technical studies have been released to the general public explaining the rationale for the choice of these specific lands. It was as though farmlands were just sitting there waiting to be put to a higher and better use. Jamie rightly pointed out to me that the focus should be to first look at re-utilizing brownfield lands (that is, former industrial or commercial sites).

Inappropriate siting for development fast-tracked through MZOs is an all-too-familiar scenario. On October 30, for example, Minister Clark issued an MZO for warehousing facilities that will lead to the destruction of over 20 hectares of provincially significant coastal wetland in Pickering. The MZO overrides provincial policy that strictly protects significant wetlands, known to mitigate flooding, purify water, control erosion and provide many other benefits to society. The MZO enables their senseless destruction, even though there are large areas of serviced vacant and underutilized employment lands close by which could have accommodated the warehousing facilities.

It can be easy to feel discouraged and defeated in the face of such unreasonable decisions. Yet, if there is a silver lining to the current situation, for me it’s the dialogue occurring among agricultural and environmental organizations and a renewed awareness of our shared interest in healthy farmland and natural areas.

Together, we are stronger and better informed, and thus better positioned to stand up for what matters. There are 4,000 acres of farmland and greenspace in Durham Region that will continue to provide food and wildlife habitat for years to come, and that’s because we raised our voices together. I sincerely hope we continue to do so.

Anne Bell is the Director of Conservation and Education at Ontario Nature, a charitable conservation organization that protects wild species and wild spaces across the province through conservation, education and public engagement.

This article was originally published in CFFO's Winter-Spring 2021 Newsletter.