Cover Crops: What’s Holding Us Back? 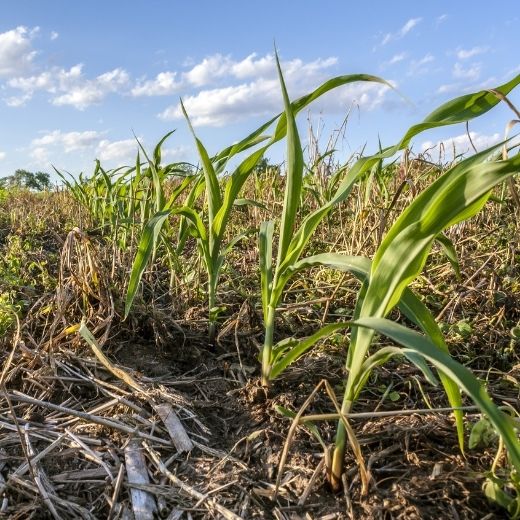 According to the recent “2020 Ontario Cover Crop Feedback Report,” 91 percent of farmers using cover crops have observed benefits. The question is, what’s keeping others from adopting the practice?

The report offers some insight into this and other important questions. For example, what benefits are cover-crop growers seeing, and how could barriers be eliminated for others? Researchers are closer to answering these questions, thanks to a record-high number of respondents.

Ontario farmers identified many reasons they grow cover crops, including building soil health, increasing soil organic matter, controlling erosion, and suppressing weeds. These goals help them to decide which cover crops and management systems to use.

When asked what qualities farmers sought in an ideal cover crop, however, one of the top answers was “low seed cost.” It’s no surprise that expense is one of the major barriers to adoption. Respondents who did not use cover crops in 2020 also cited a lack of equipment, late harvests that prevented planting, and the shortness of the growing season, among other issues. Several farmers said they don’t use cover crops because they don’t really know where to start.

It’s no wonder. Cover crop systems can be complicated. According to University of Guelph researcher Richard Vyn, local expertise is critical for further adoption. According to a recent survey he conducted on conservation practices, “even if we take care of the cost side of it, there’s the time element, the additional machinery, the complexity of figuring out (how) to implement a different kind of practice for which they may not have a whole lot of knowledge.” It’s clear that we need a nuanced approach to improving adoption rates.

Over the long term, Ontario research is clearly showing the benefits of cover crops. Practices like cover cropping that increase soil organic matter also improve yields and build overall resilience to weather extremes. There is “less deviation in yield year to year on plots with higher soil organic matter despite drought or excessive moisture.”

Understanding the benefits and challenges is important in light of the growing support for cover crops as a tool to improve soil health, capture carbon and protect water quality. For example, the United States recently announced that it plans to double its number of cover-cropped acres, up to 30 million by 2030, through federally-funded initiatives.