The Oosterhof family farm, named JOBO Farms, in Eastern Ontario, is a good example of a family operation that is successfully transitioning to the third generation of farming. 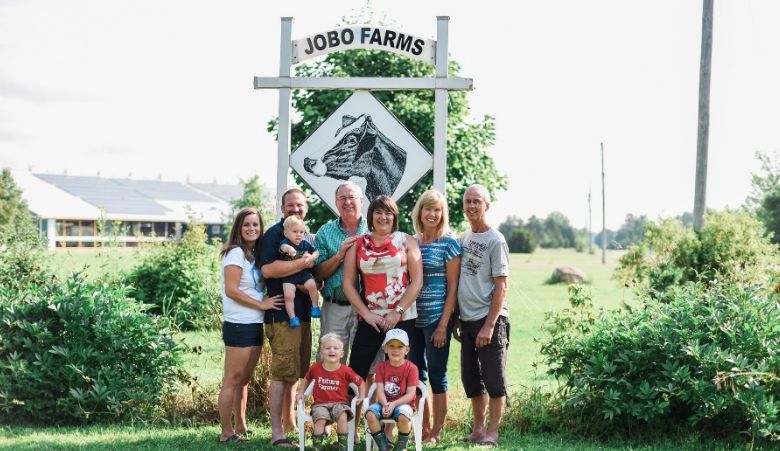 Currently, brothers Henry and Alex Oosterhof farm together with Henry’s son, Steve, on the dairy and cropping operation.

The farm is growing at a steady pace as they expand their herd from within and purchase more quota and land as opportunity allows. This manages to sustain the three families making their living from the farm.

Steve primarily looks after the dairy herd, while Alex primarily manages the cropping aspect of the operation. Henry does the books and helps with both the livestock and the fieldwork. As we walked through the barn, it was clear that Steve’s young son Isaac was already taking an interest in helping with the cows.

Henry and Alex’s parents, Bert and Jo, immigrated from the Netherlands in 1953. By 1961, they were able to purchase the farm in Jellyby, near Athens, that continues to be the base for the multi family farm today. Henry and his wife, Evelina, joined the farm in the early ’80s. n the early 90s, when Bert was transitioning to a reduced workload, Alex and Julie built a house nearby and joined the farm.  Two nearby pieces of farmland were purchased and tile drained allowing the farm to grow more feed for the expanding herd of Holsteins. Bert and Jo have since retired (Bert passing away in 2008). Their grandson Steve and wife Lindsay are now the third generation of Oosterhofs to farm this land.

In order to make succession planning successful, the Oosterhofs were able to access Growing Forward funding to help them with legal fees and advising as they created their plan. All agreed that it helped to write down their vision for the farm, in order to make sure they were all on the same page.

Change is always part of farming. Generations change, but so does the technology. When Henry returned from his studies at Kemptville College, one of the first changes he made was to install tile drainage in the crop fields. Although Bert was at first uncertain of the benefits, he never questioned the decision once he saw the results.

After Steve graduated from University of Guelph’s Kemptville Campus, the family decided to update their dairy barn. The milking cows are now in a free-flow design barn built in 2012 complete with two milking robots, waterbeds, natural ventilation and cattle brushes. An addition to the barn, to accommodate heifers, plus a calf barn were built in 2017.

They have 110 milking cows at the moment, with capacity for 120. Moving to the new barn 7 years ago has noticeably improved milk production. Steve speculates that the increase is probably due to three key factors: the voluntary robotic milking system, the fresh air coming in from curtained side-walls and vented chimneys, and all-day access to food and water for their comfortable, free-roaming cows. As Alex says, “A happy cow gives lots of milk.”

The robots have benefited the family as well. Even though the Oosterhofs spend about as much time in the barn as they used to, they have more flexibility to efficiently balance the work in the barn and fields with increased quality family time. 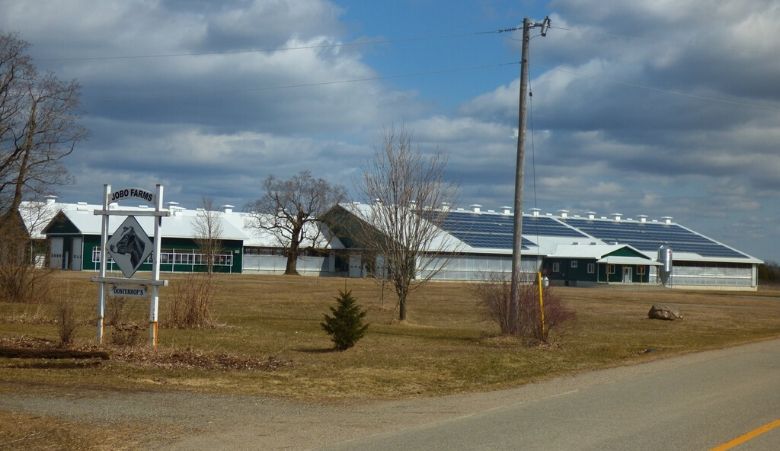 Outside the barns, the Oosterhofs have 500 acres of crop and pasture land. They grow most of their own feed. While the good cropping fields are tiled and kept in a soybean-corn crop rotation, several acres are kept as pasture for the heifers and dry cows. After four or five years as alfalfa fields for hay production, they rotate to no-till corn followed by barley. They find that no-till works well to improve their soil structure.

As Christians, the Oosterhofs are involved in their community and farming organizations. Three generations have been members of the CFFO.

“You can’t farm without being a Christian,” Steve jokes, “because you are always praying for the weather.”

On a more serious note, Steve reflects on daily life on the farm. “When you come to the barn in the morning, the stars are out, and you watch the sun rise. I love coming to the barn in the morning. When spring time comes you are out in the fields and everything is brown. Then you watch it turn green and then turn brown again. I love just being able to see nature hands on.”

Alex adds, “We know it’s God’s creation, and we’re in it, and we’re enjoying it.”

Originally written for the Christian Farmers Federation of Ontario, 2016.