Caring for Grassland Birds on Farms - Bobolink and Eastern Meadowlark 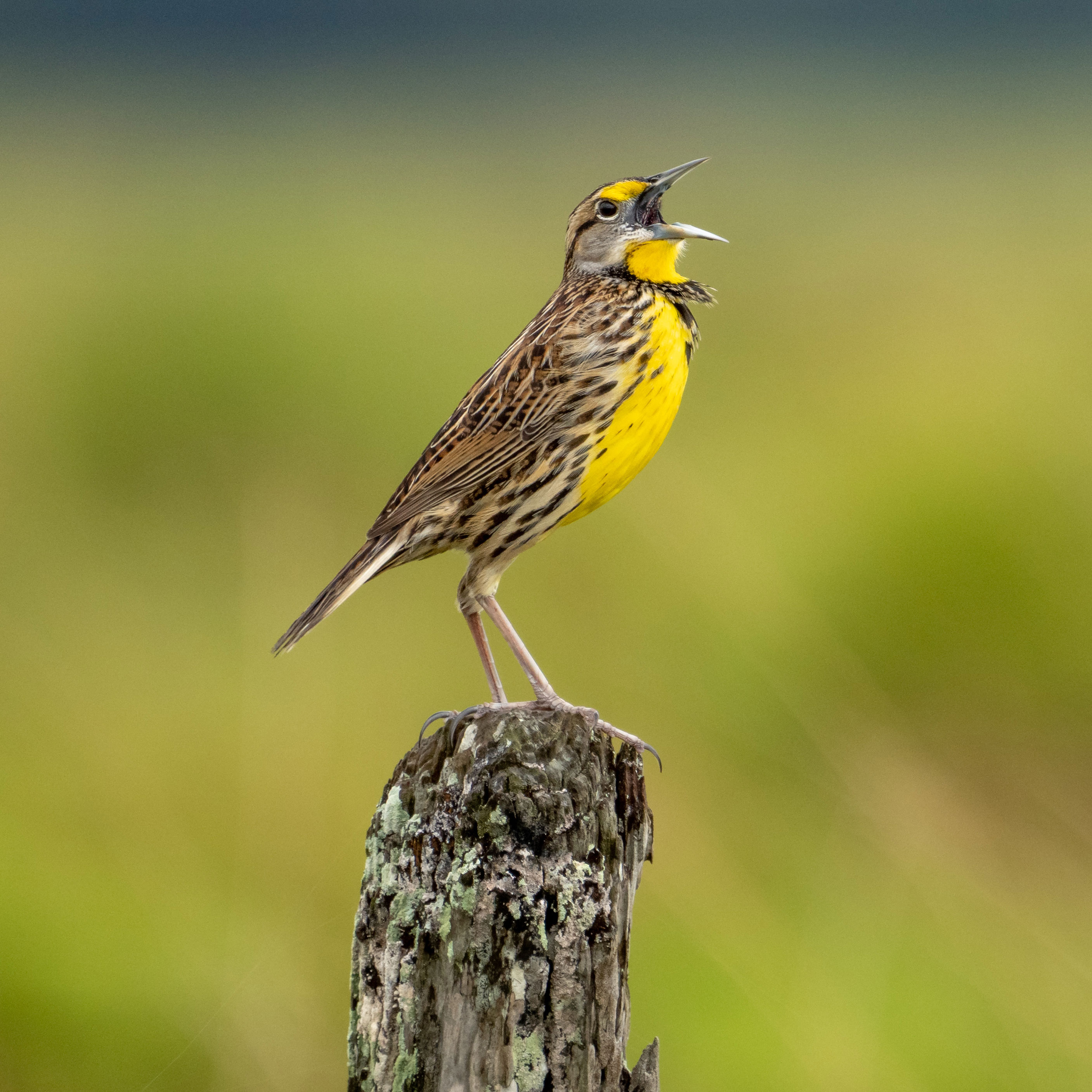 We all know the pleasure of hearing birds in the spring, and marveling at the wonder and interconnected nature of creation all around us. As a society, we have a collective responsibility for the stewardship of species at risk, including grassland song birds.

The federal government recently conducted a consultation on proposed recovery strategies for two migratory grassland birds, the Bobolink and Eastern Meadowlark. Both of these birds are currently listed as “threatened” under the Species at Risk Act, having significant population declines since 1970 and still declining populations today.

Farmers are most likely to hear these birds in the spring. Both species arrive in Ontario during their breeding season, from April or early May until the fledged young leave the nesting area in late August. In the past, these birds used native grasslands as habitat for breeding. These days, they are more reliant on pasture and hayfields that often provide “surrogate” nesting habitat.

Grasslands, agricultural pastures and hayfields are in decline here in Ontario, across North America and in other regions too. Historically, farming expanded suitable habitat by converting forested land to pasture and hayfields. More recently, economic changes have decreased livestock farming and increased row cropping, resulting in a marked decrease in available habitat. Even practices such as more frequent and earlier hay harvesting have impacted successful nesting for these birds.

The government is proposing a “stewardship first approach” as a key strategy to support suitable habitat for Bobolink and Eastern Meadowlark, recognizing that “the species [are] primarily associated with agricultural habitats on private land.” The recovery strategies call for “stewardship programs and beneficial management practices that allow for both species conservation and farm economic viability.”

In Ontario, “agricultural operations” have been given legal exemption from restrictions relating to the Bobolink and Eastern Meadowlark until 2025. The Ontario government website clearly spells out what activities are included in the exemption and gives some helpful examples in the FAQ section. Exemptions like this are vital to ensure that farmers are not penalized under Ontario’s Endangered Species Act for normal farming practices such as harvesting hay or putting animals to graze in pastures.

The CFFO strongly encourages voluntary stewardship on farms. The current economics of farming no longer support the maintenance of suitable habitat to the degree seen in the past. In this context, environmental incentives are a way for all of society to support on-farm stewardship that benefits these birds.

In our response, we encourage government to support motivated farmers who create and maintain habitat suitable for these birds with educational materials, access to professional advisors and stewardship incentives.